This is a media table that was constructed for a church as a Boy Scout Eagle project.  For those of you who do not know, Eagle is the highest rank that a Boy Scout can achieve, and the only one that can be carried into adulthood.

After about 12 years of efforts, a Scout completes his Eagle project to earn the rank of Eagle.  The project must be a public service project, and engage other scouts.  Unlike most of the merit badges a scout will earn during his scouting experiences, the eagle scout project should not be about individual achievement.  It should demonstrate the scout’s leadership abilities.  The project should be about him leading other scouts to accomplish a goal, not about doing it himself.

This project was conceived by a young scout named Josh, who belongs to a scout Troop in South GA.  His church needed a media table for their youth worship area.  The table had to be constructed in an odd shape because of space limitations, and needed storage for cables, mics, etc.

I got the privilege of being Josh’s assistant.  🙂 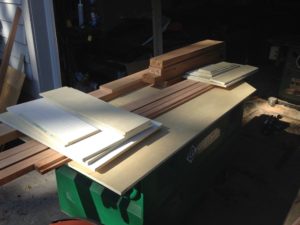 Josh did the design, then I helped him precut and stage the components.  Because the scouts are all young, the Boy Scouts of America has guidelines for what the boys can and cannot do.  Scouts under the age of 18 can’t use power saws, so this part had to be done in advance by an adult.  The table surface and drawer cabinet were made from birch plywood, and some cherry edges were made with a rabbeted edge to finish the table surface. 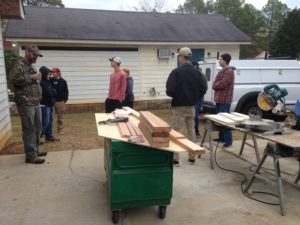 Scouts getting a briefing from their Scoutmaster. 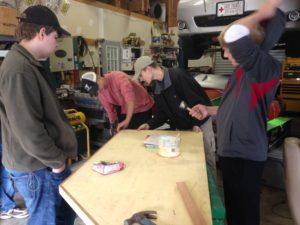 The boys were divided up into groups- Some sanded, some assembled, some finished.  This group worked on table top assembly. 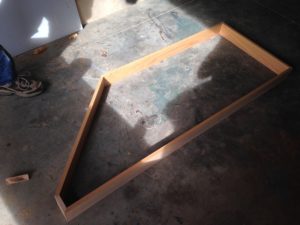 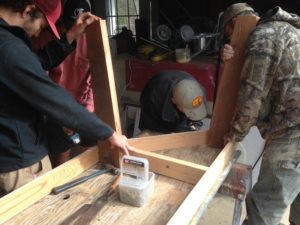 A skirt was made from Red Oak, and the table legs were made from reclaimed Heart Pine.  Each of them was cut with a taper, and some of the joinery was a little tricky because of the odd shape of the table. 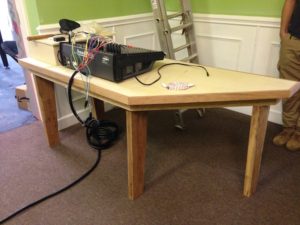 The completed table was installed with the sound console.  The boys also ran new sound cabling and digital media cable above the ceiling.

The finished product was not really a table, but it was a bunch of proud Scouts! 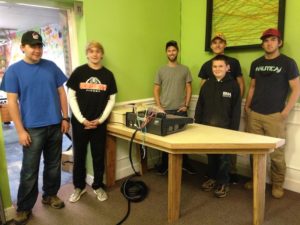 …and, of course, one very proud new Eagle Scout! 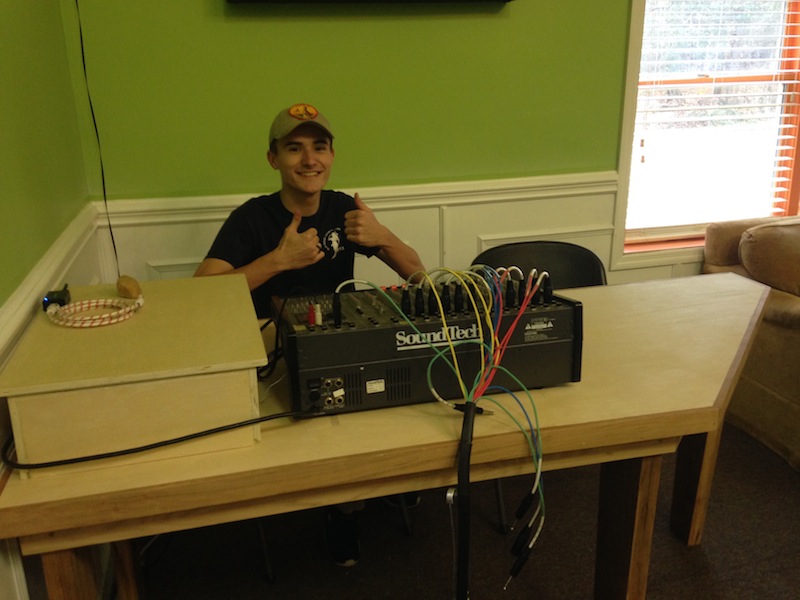