Of all the cars that have ever been raced, a Yugo may be the most unlikely candidate!

Once dubbed “The Worst Car of the Millenium” (by Car Talk’s Click and Clack), there’s a lot of things you can do with a Yugo- racing is not one of them! 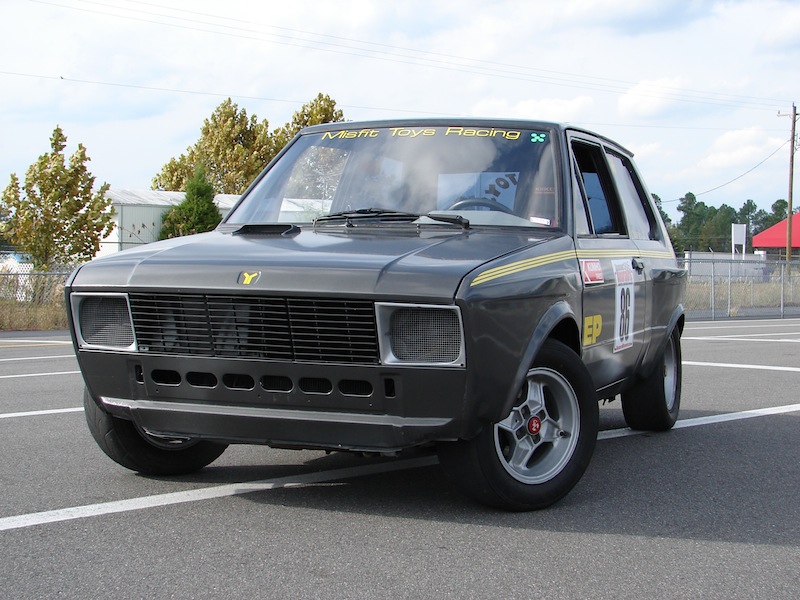 “How do you double the value of a Yugo?”
“Fill the tank with gas!”

“What comes with every Yugo User’s Manual?”
“The bus schedule.”

“What do you call the shock absorbers inside a Yugo?”
“Passengers.”

Believe it or not, I had a racing Yugo. A wide-bodied, stripped out, race-prepped Yugo, that was one of the most fun vehicles I’ve ever driven.  We used it mostly for autocross- a timed racing event on a tight course defined by cones or pylons, but occasionally put it on a dragstrip for blistering 16 second ¼ mile passes.

I can’t take credit for the whole car- most of the build was completed by my friend Jim Thwaite, who is known for many more crazy cars than I am. But I bought it, and sure had a lot of fun with it. 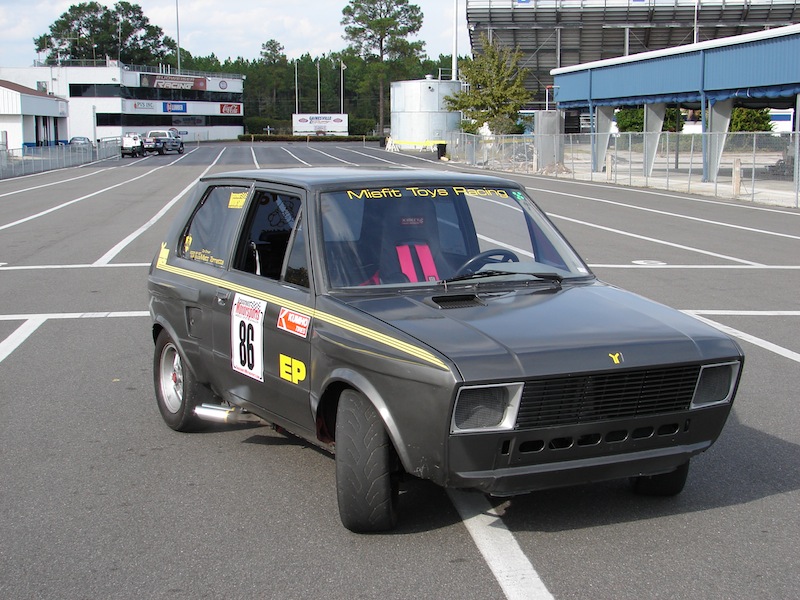 “Why does a Yugo have rear a window defroster?”
“To keep your hands warm as you push it.”

When Jim had the car, he named it The Yugo From Hell. While I’m not sure this car can live up to its’ fire-breathing moniker, the name stuck, and it shall always be known as the YfH.

I added an additional leaf to the rear transverse spring, and the front springs were stiffened and lowered. It ran it’s stock EFI 1.3L engine, with a modified intake and long tube headers. The 4 speed transmission came from a Fiat X 1/9 and was built by Hoelscher. It also had nitrous, for those life-flashes-before-your-eyes drag strip runs. I had hoped to complete a turbo install with a 1.5L Fiat engine, PBS heads and MegaSquirt, but that never materialized.

With no interior, Lexan windows, and all excess components removed, the YfH tipped the scales at only about 1250 lbs., which made it quite competitive.   Of course, it’s most distinguishing feature were the fiberglass wide fenders. 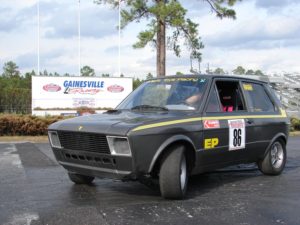 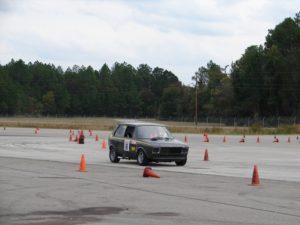 My daughter used to autocross it with me. She’s the only person I’ve ever seen rotate a car 360* inside a gate without touching the cones! Yugo, Girl!

It’s first appearance at the Grassroots Motorsports Challenge was in 2006. We raced against a V8 RX7’s and 240 Z’s, Mustangs, Turbo Dodges, and even a 1969 Barracuda. Well, maybe it’s not fair to say “raced”. Sometimes we were just spectating as other people raced out in front of us (although, we beat a lot of people on the autocross, and handed out plenty of buttons reading “I got Beat by a Yugo”)

6 time National Champion driver Steve Hoelscher spent some time driving the Yugo from Hell, and of course posted our best times. At least he let me pose in the picture with him! 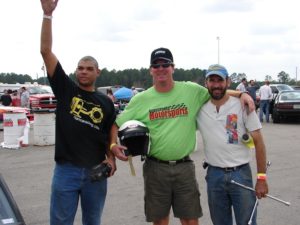 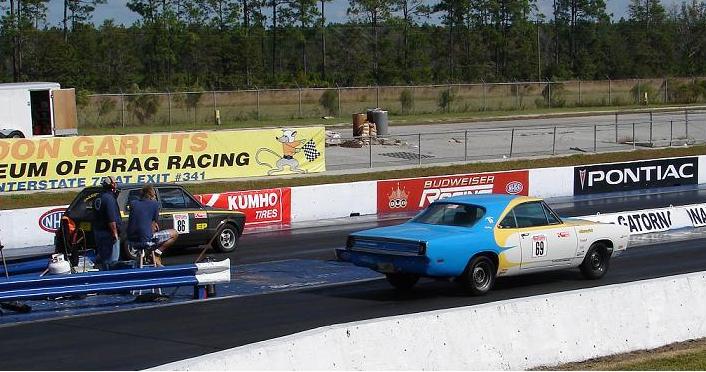 Though we beat the Barracuda on the autocross, we didn’t stand a chance against it on the strip. We traded awards with each other after the event! 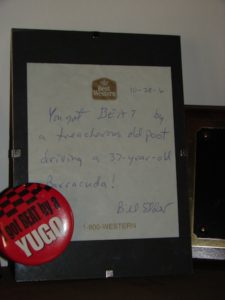 “Two guys in a Yugo were arrested last night in Chicago following
a push-by shooting incident.”

“What do you call a Yugo with a flat tire?”
“Totaled.”

“Why don’t Yugo’s sustain much damage in a front-end collision?”
“The tow truck takes the impact. “

“What is the sport-version of Yugo? “
“The driver wears Nike shoes.”

Racing takes a lot of forms, and this car got more looks a the track then any fast cars it competed against. If the name of the game is fun, The Yugo from Hell can’t be beat!  What’s my take away? Don’t follow the crowd, or believe it takes a lot of money to race. Driving a slow car fast is much more rewarding than driving a fast car slow. And as usual, I’m gonna tell you to just go build something!